The hotel was built in 1888/89 by Konradin Walter, Professor of Architecture

A Hotel with history

A pearl of Nuremberg's architectural history 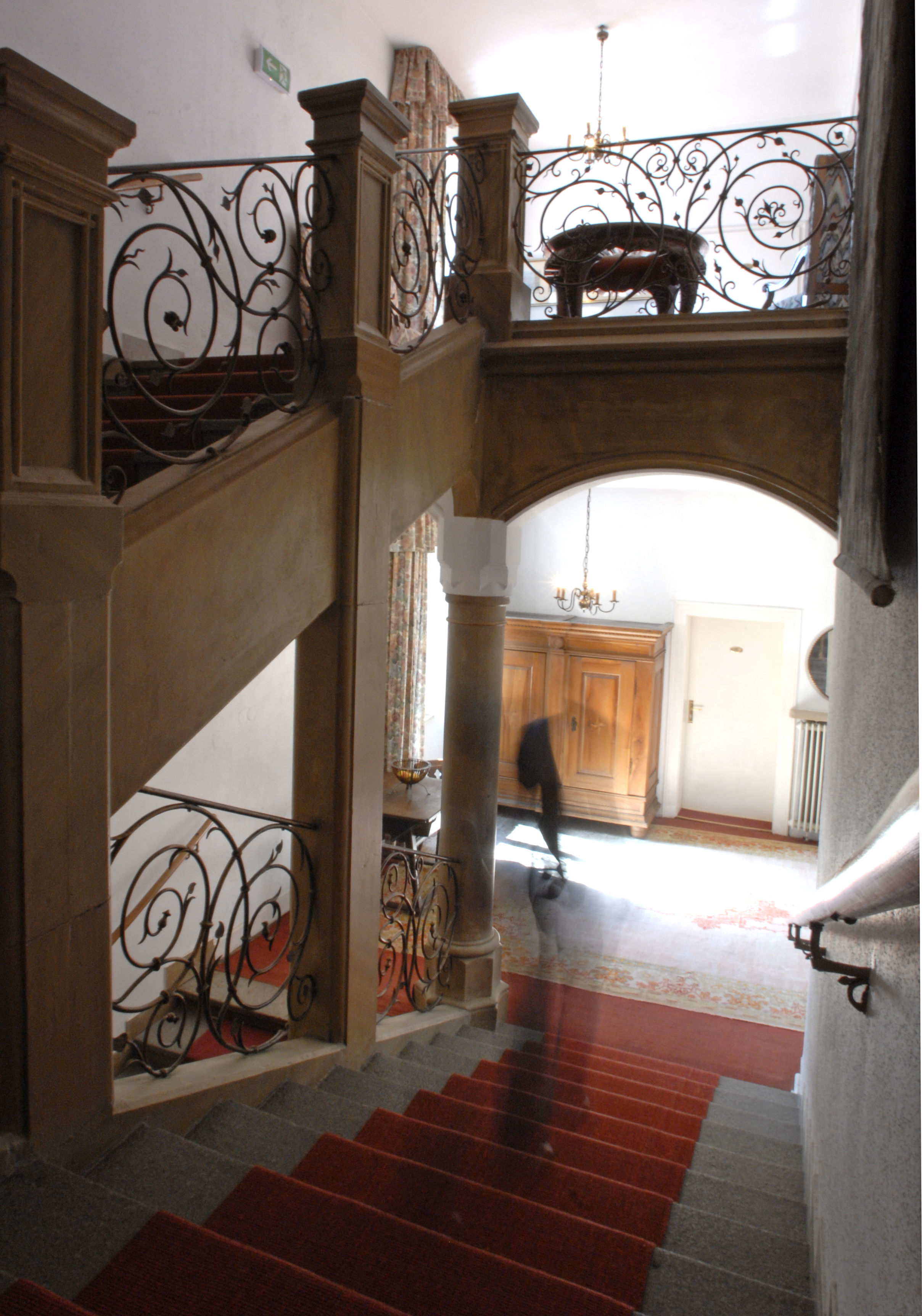 Built in 1888 - 1889 by architect Professor Konradin Walter, in collaboration with the famous master builder Peter Behrens. Peter Behrens played a leading role in shaping the style and designs of the first decades of the 19th century.

The hotel designed by Konradin Walter is a prime example of the so-called 'Nuremberg Style'. The intention was to be faithful to the style of historic Nuremberg architecture. Modelled on houses designed in the transitional style around 1600, such as the Toplerhaus at Paniersplatz, the building is in keeping with the townscape whilst reforming contemporary architectural practices and incorporating the historicism of the outgoing 19th century. Sensitive to the need to preserve historic monuments, the bay window ('Chörlein') from the previous historic building on the site, dating from 1522, was incorporated into the new building, as was the medieval house Madonna and the gable figure of Emperor Louis the Bavarian (1282 - 1347), designed by F. Wanderer. The Madonna is a significant work of art by Adam Kraft.

Because he was important to the trading history of the city of Nuremberg, and because he was a member of the ruling House of Wittelsbach, Louis the Bavarian was a popular historic figure to feature in the Nuremberg townscape of the 19th century, as was Maximilian I.

Extensive renovation work was carried out during the second half of the nineties. The sandstone facade was restored in 2000/2001 in close co-operation with Denkmalpflege Nuremberg [preservation of historical monuments]. The building has been owned by the same family for over one century.

The works of stone sculptor Adam Kraft first appeared in Nuremberg around 1490. Nothing is known about his apprentice years, but he may have spent them working on the choir-stalls of the Lorenzkirche, the largest building project of its time in Nuremberg, where his father was employed as a carpenter from 1464 - 67.

He never achieved prosperity, despite many lucrative commissions. He lived on the 'Steig' (today: Dr.-Kurt-Schumacherstrasse).

Please follow the link below for more information (language = German only):
www.baukunst-nuernberg.de

Whether you're looking for just a one-night stay or you need conference/presentation facilities.